Have you ever had to re-read a paragraph so many times that you gave up trying to figure it out?

Have you gone blurry-eyed over incomprehensible word spaghetti and then, when you spoke to the author to clarify, they said ‘Oh, it’s just <insert super obvious statement>,’ and they looked at you like maybe you’re a bit stupid?

You’re not the stupid one.  Actually, neither of you are.

People struggle to say things simply. It seems counter intuitive. Surely it would be simpler just to be simple, but it’s not.  We’ve trained ourselves to be the opposite. It begins with word count requirements throughout school and especially university.

You see, we read the big words and wildly convoluted sentences of our text books and copied the style. Maybe we set out to write well-argued and concisely-written essays but as word counts got higher, we naturally began to fill them with wads of lofty gibberish.

Why wouldn’t we? It was win-win.  Not only did it chew up those thousands of words (within 10%), it made us sound educated and important-like.

Of course we knew it was waffle. We got away with it, though. That was the important thing and we kept getting away with it because everyone else did too. Over time, we trained ourselves in the art of waffle. We became waffle-masters. It was habit. Normal. Little did we know, we had become word spaghetti monsters and the time wasters of the future workplace.

Word spaghetti wastes everyone’s time. It sounds delicious but it’s painful. So painful. In fact, I’d go so far as to say that it’s poor customer service.  Besides, you no longer need to prove how smart you are.  We all know you’re awesome. That’s why you have the job.

The good news is that becoming a better writer is easy. You can do it instantly.

I mean it.  Just say it. Write it down like you’d say it. Whisper it quietly to yourself as you type, if that helps. You can go back and tweak it later to add a few choice buzzwords and a sense of propriety but in the first instance, pretend like you’re talking to a friend.

There are some exemptions to this. Law, policy, and anything that requires great care of definition will need to be spaghetti monstered, but all the documents surrounding them can and should be easy to read. Great writing involves pesky things like grammar and rhythm and spelling – but if you just do this one simple thing, your writing will dramatically improve.

Just say it. Seriously. I’d even add a Nike swoosh (if it didn’t infringe copyright). 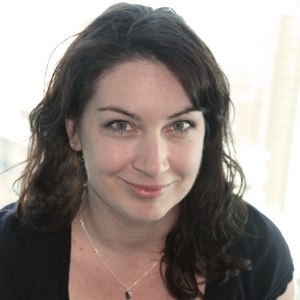 I have an inquiring mind, a passion for clarity and over 11 years of experience in communication, particularly government communications. I have a bachelor degree in Communications specialising in Politics, Economy & Society and Cultural Studies and post graduate qualifications in Business Marketing and Change Management. I live and work in Melbourne and write creatively on a life philosophy blog called Muchness. I am also an avid landscape photographer and currently working on a fantasy fiction novel.